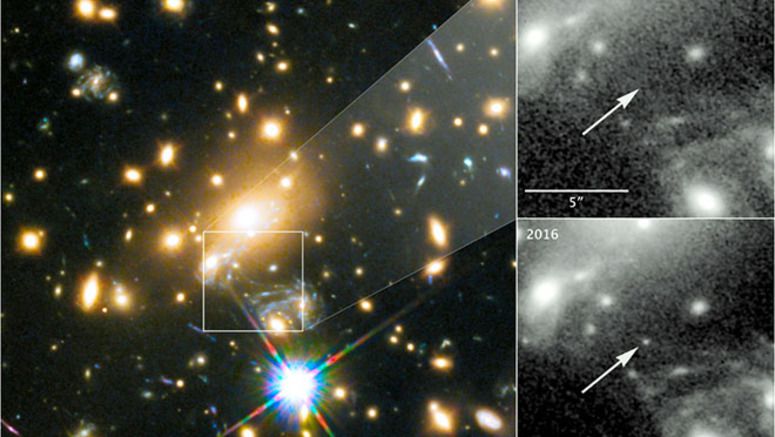 The farthest individual star to ever have been photographed, whose light has taken 9 billion years to reach Earth, was captured using cosmic lenses in an international research project by institutions including the University of Tokyo.

The achievement was announced in the digital edition of Nature Astronomy, a British science journal, on April 3.