Latest News From Japan About Auto, Technology, Culture, Travel, Cuisine . All you need to know about Japan ! 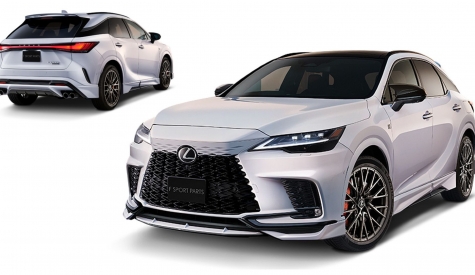 The new Lexus RX might be offered in an F Sport Performance trim right from the factory, but there is always room for improvement. For owners who want something more in terms of visual sportiness, TRD is offering a range of F Sport parts for the  SUV that are already... 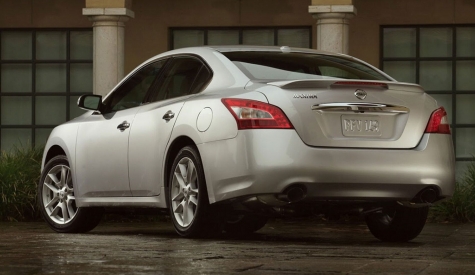 A certified class-action lawsuit against Nissan Canada and Nissan North America has received the go-ahead from a British Columbia court. 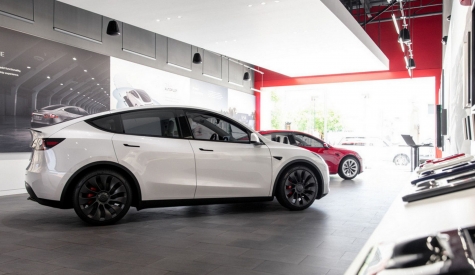 Tesla Made 8 Times More Profit Per Car Than Toyota

Toyota may have outsold Tesla 7 to 1 during the third quarter of this year but it is the electric car manufacturer that reported higher net profits for the period. 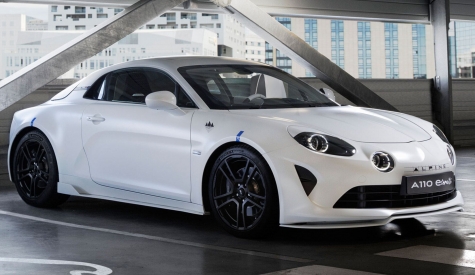 Alpine Considers Coming To North America, Would You Buy One?

Renault's Alpine sports car brand might come to North America and eventually launch on the stock market just like Porsche, the company it wants to challenge. 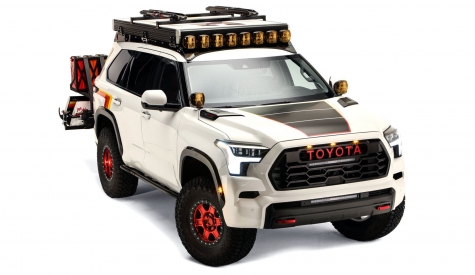 Toyota knows that its customers want to add off-road accessories to their vehicles. It’s one reason it brought several impressive off-road-focused vehicles to SEMA this year. It’s also why the brand is making a new push to offer desirable upgrades and accessories through its Associated Accessories Products program. This gives... 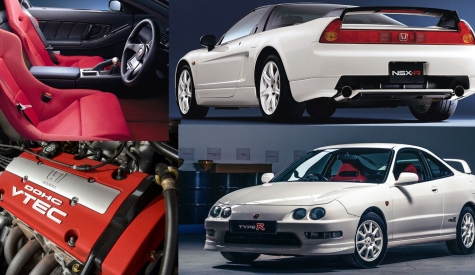 Honda Type R At 30: Driving The Icons And The Oddities

Honda's Type-R brand turns 30 this year, so maybe it's no coincidence that the new 2023 Civic Type R has started dressing a little more like a grown up. The FL5 has ditched the old FK8's brash body kit for a cleaner look, but the good news is that under...

Canon Patents A Gimbal With An Interchangeable Lens System

There are many gimbals in the market today, and for the most part, they’re sold separately from the camera. This...

Nintendo Rolls Out A Hospital-Friendly Console

For those unfamiliar, the Starlight Nintendo console was actually rolled out back in 2019 where it was initially available at...

We wanted to wish all of our readers a wonderful and restful break over Christmas and New Year. Those interested...

These are like mini buses that can fetch as many as 20 passengers at a time. They are transparent and... 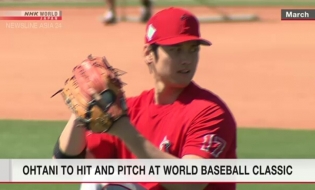 Major league superstar Ohtani Shohei will make full use of his two-way talents on Team Japan in next year's World Baseball Classic, as his manager has said he will pick him both as a pitcher and a batter.The Los Angeles Angel announced his intention to play in the tournament last month, and said he was looking forward to the opportunity... 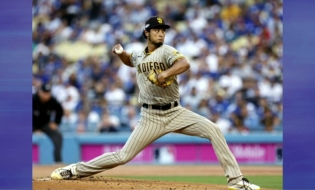 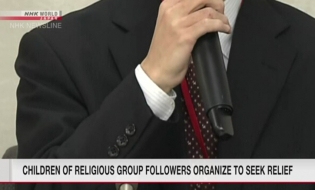 Offspring of religious group followers in Japan, who claim to have suffered due to the compulsion of the groups' teachings... 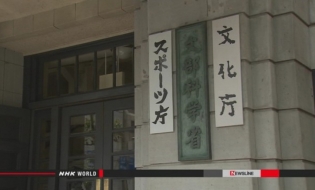 For the first time in 12 years, Japan's education ministry has revised its guidelines for teachers on how to instruct... 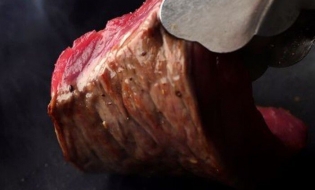 When cooking steak at home, lean meat is a recommended choice. Parts labeled as "beef round" ("momo") or "rump" ("rampu") are lean meat fit for steak. While the round is simple and light, the rump covering the hip to the rump is richer and softer. 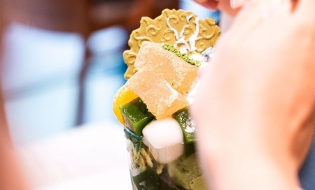 Japanese Dessert Trends You Should Know About

The bubble tea craze has taken Japan by storm — so much so that it was even one of the symbols featured by a doll maker in Tokyo who represented Japan’s trending topics through ornate hina dolls. It comes as no surprise, then, that tapioca was named the country's Dish of the Year in 2019.

The All Japan Judo Federation is working on a new project to use the sport's techniques to help elderly people avoid falls.Japan's health ministry says the number of people aged...

Men's judo coach aims for all gold at Paris Games

The new head coach of the men's national judo team in Japan says he aims for the team to win gold in every individual category at the 2024 Olympic Games...

About 250 Imperial Guard Headquarters members paraded solemnly through central Tokyo on Jan. 25 with unwavering determination ahead of the upcoming historical events in accordance with Emperor Akihito's abdication of...

Error: No articles to display 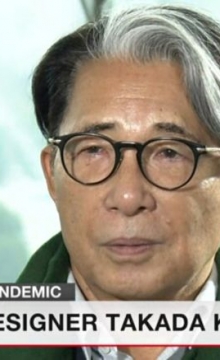 Paris-based fashion designer Takada Kenzo, founder of the global brand KENZO, has died after contracting the coronavirus. He was 81.His office in Japan says Takada has been in hospital near Paris since he was infected in mid-September. It says his condition deteriorated earlier this month and died at around 4 p.m. on Sunday, French time. 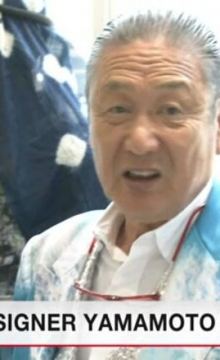 Internationally renowned Japanese fashion designer Yamamoto Kansai has died of leukemia. He was 76.Yamamoto's office says he passed away last Tuesday at a Tokyo hospital where he was being treated for the disease since early this year. 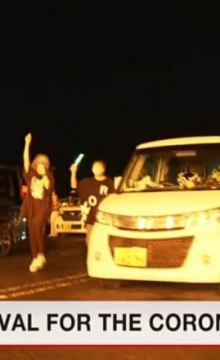 Music fans have had a rare opportunity to enjoy a live concert during the coronavirus outbreak at a drive-in festival in Chiba Prefecture, near Tokyo.Six groups performed at Sunday's festival in Nagara Town that was organized by an event-planning firm in Tokyo. 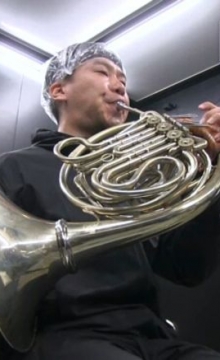 A Japanese classical music promotion group has measured how droplets spread during a performance, saying that the findings will help concerts return to how they were before the coronavirus pandemic.The group made up of orchestras and music-related organizations conducted an experiment at a laboratory last month on 12 types of instruments including the trumpet and the French horn. 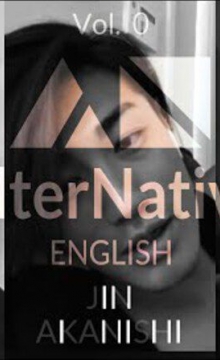 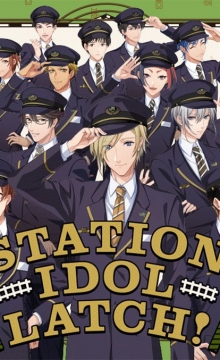 A completely new idol project "STATION IDOL LATCH!" in which the characters of station staff at each station on the Yamanote Line play an active role as idols after business hours, will start with the supervision and cooperation of East Japan Railway Company. Recently, the teaser video of the project has been lifted with the participation of gorgeous voice actors... 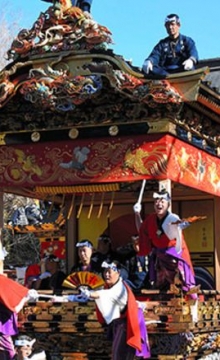 "Chichibu de Buchichi," an original animated short offered by Seibu Railway Co., is now streaming on the company's official website. Set in Chichibu, Saitama Prefecture, and featuring voice actress and Chichibu native Tomoyo Kurosawa, the anime is aimed at promoting the charms of the city and its surrounding areas.