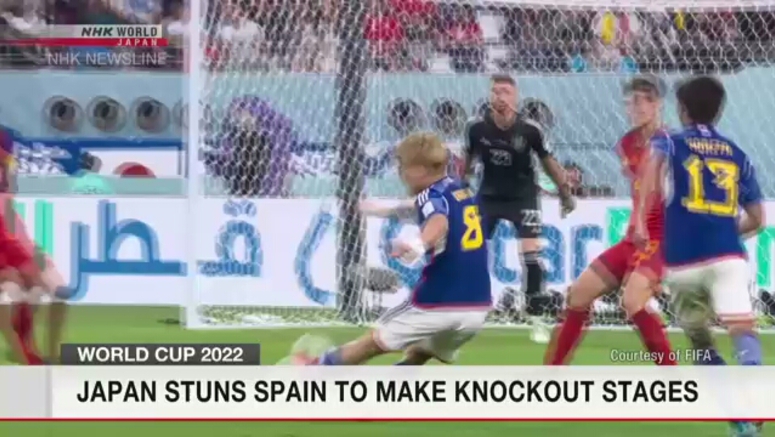 In the men's soccer World Cup, Japan again came from behind to seize victory. Japan defeated former champion Spain 2-1 in a Group E match, advancing to the knockout stage.

Spain took the control of the game at the beginning, with Alvaro Morata scoring in the 11th minute.

The tide turned when Japan sent in two attackers at the start of the second half.

Japan took the ball with aggressive defense, and Doan Ritsu scored a game-tying goal in the 48th minute.

Japan also came from behind to win its match against Germany last week. The Samurai Blue has advanced to the knockout stage for the second consecutive tournament.