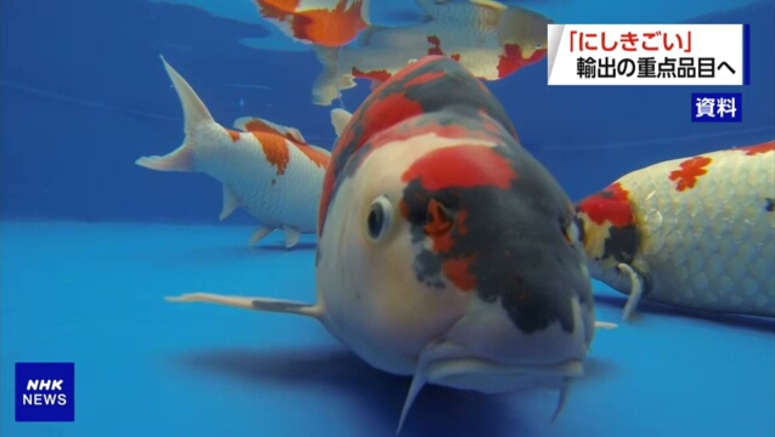 The government has drawn up a draft strategy aimed at boosting shipments of farm, forestry and fishery products, as well as processed food products, to an annual value of 2 trillion yen, or about 15 billion dollars, ahead of the original target of 2025.

The draft plan suggests that nishikigoi carp be added to 30 key export items, including beef, rice, and fruits that the government is promoting.

The proposal calls for the government to strengthen its support for ornamental carp producers and areas of production as the fish fetches high prices overseas.

The draft strategy also includes the establishment of an organization to monitor registration of licenses to grow certain varieties of agricultural products, and protections to prevent them from being used illegally abroad.

It also says that Japan's food labelling rules should be aligned with international standards.

The export value of Japan's of farm, forestry and fishery products, as well as processed food products, stood at about 7.5 billion dollars by October.

The value for 2022 is expected to surpass last year's record high.

The government aims to soon adopt an official strategy to achieve its goal earlier than had been initially planned.