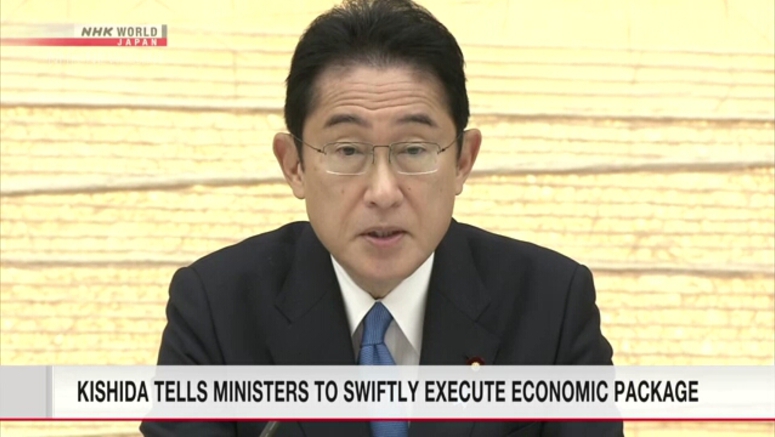 Japan's Prime Minister Kishida Fumio has instructed his ministers to swiftly implement the economic measures in the supplementary budget of around 29 trillion yen, or over 210 billion dollars.

Kishida said the new measures to ease the burden of electricity and gas fees on families and businesses will kick in after January.

He also said some local municipalities will start providing about 720 dollars in financial assistance for pregnancy and childbirth from January.

The prime minister reiterated his plan for a forum aimed at expanding public and private sector investment. Business groups that support local economies are expected to take part.

Kishida urged ministers to take the initiative in listening directly to the voice of the people and to ensure the effectiveness of every measure.