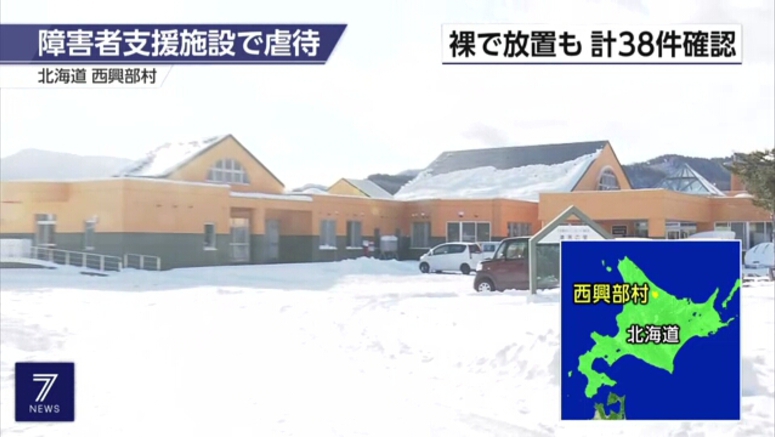 Staff members at a care facility for people with intellectual disabilities in Hokkaido, northern Japan, were found to have repeatedly abused residents between May and June this year.

The operator of the facility in Nishiokoppe Village disclosed the abuse on Tuesday.

It says that officials of the village and the prefecture began questioning the facility staff and checking surveillance camera images after they received a report of abuse in June.

The officials have confirmed that six male workers were involved in 38 cases of physical and mental abuse on 13 male residents.

The abusive acts included leaving naked residents unattended for long periods, forcing the residents to eat food that had been spilt, and forcibly moving wheelchair users' body parts that had stiffened.

The six workers have reportedly admitted to abusing the residents.

The facility explained the details of the abuse to the residents' families in a meeting on Sunday.

The operator plans to take punitive actions against the six men. It also plans to set up a committee including lawyers and academics to investigate the cause of the abuse, as well as to study preventive measures.