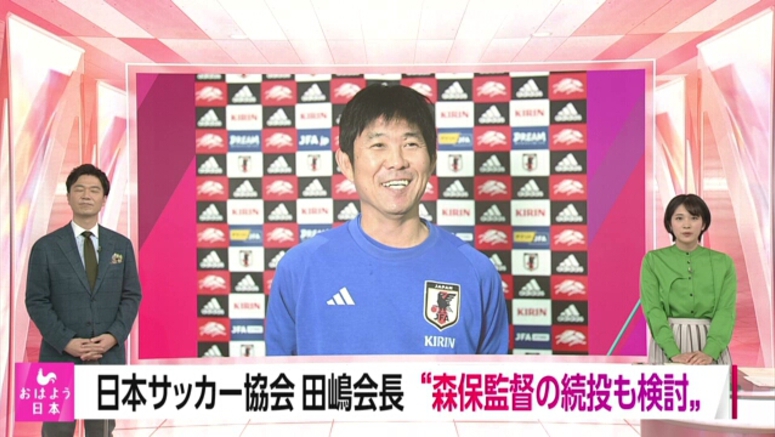 The head of the Japan Football Association says the coach of Japan's national team may stay in his post after the FIFA World Cup in Qatar. Moriyasu Hajime's current contract expires at the end of the tournament.

JFA President Tashima Kohzo spoke to reporters in Doha on Saturday after Japan secured a spot in the knockout stage for the second consecutive tournament. The Samurai Blue squad beat former champions Germany and Spain in Group E.

Tashima said Moriyasu is deft at responding to the opponent's strategy and he did it well at crucial moments.

He went on to say that Moriyasu always thinks of the team first, prioritizes winning and never wavers.

Tashima said players follow Moriyasu as he is able to connect with them and keep all 26 members united.

The JFA president said discussions on who will be the next coach will not be held until the tournament in Qatar concludes. But he said he is sure that Moriyasu is one of the candidates.